Sebaceous Filaments or Blackheads on Nose 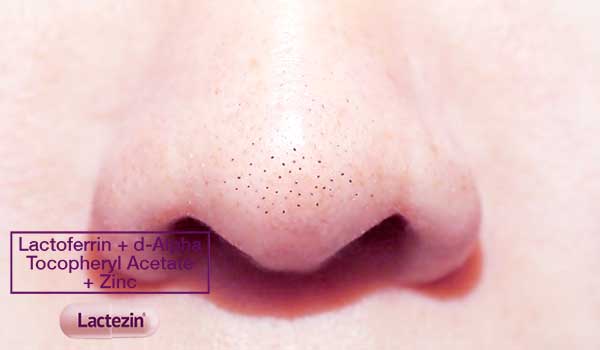 Blackheads on your nose, cheeks and chin? There’s a good chance that they might be something else. Sebaceous filaments have always been mistaken as blackheads. Read on for a feature on what these are, and how they differ from blackheads, along with suggestions on how to treat blackheads on the nose and other parts of the face.

What Sebaceous Filaments Are and Are Not

Everyone has sebaceous filaments, and normally, these natural components of the skin are not visible. But they become a problem if you’re one with oily skin or your pores are large and prone to becoming clogged.

As previously mentioned, a sebaceous filament is a thin structure that lines the inside of a pore. On the other hand, a blackhead is a plug made of dirt, debris and hardened sebum that fills and blocks a pore.

Although they generally appear as small dark dots on the areas of the face, there are noticeable differences in their color. Sebaceous filaments are lighter than blackheads, appearing yellow, gray or clear. Blackheads appear darker due to oxidation, thanks to contact with air.

Perhaps the biggest key difference between sebaceous filaments and blackheads is the fact that one is part of the skin’s anatomy, while the other is recognized as a type of acne.

Preventing the Appearance of Sebaceous Filaments

Like with blackheads, keeping the pores clear and controlling sebum are key to managing sebaceous filaments. Start with practicing good skincare habits:

It’s important to understand that sebaceous filaments are mainstays in your skin. To minimize their appearance, these ingredients and over-the-counter treatments may help:

Oral medication can also help in acne and skin concerns such as visible sebaceous filaments and blackheads. With continued use, lactoferrin, vitamin E and zinc in Lactezin helps control oil and lessen the appearance of acne such as pimples in as early as 2 weeks.

Find the right cure and treatment for your skin concerns. Get your acne questions answered with expert pimple care tips and advice, only from Lactezin. 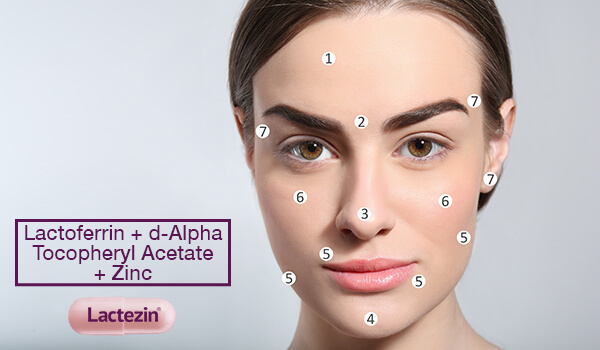 Acne Face Map: Understanding Pimples & Their Locations on Your Face

Let's face it there are skin breakouts that seem to appear and reappear in just one area of your face. Stubborn pimples on your chin? Recurring blackheads on your forehead? Pesky zits on your eyebrows? Before you slather your face with tons of anti... 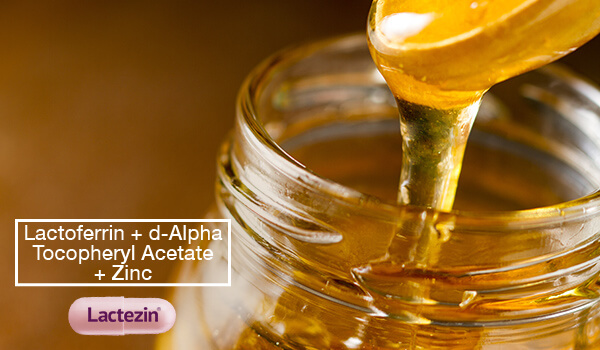 Everyday Pimple Treatments that are Better than Popping Them

Especially when serious, acne will sometimes require professional skin care procedures and treatments. But for mild, small and infrequent acne breakouts, you might be surprised to learn that you have several acne remedies at home! 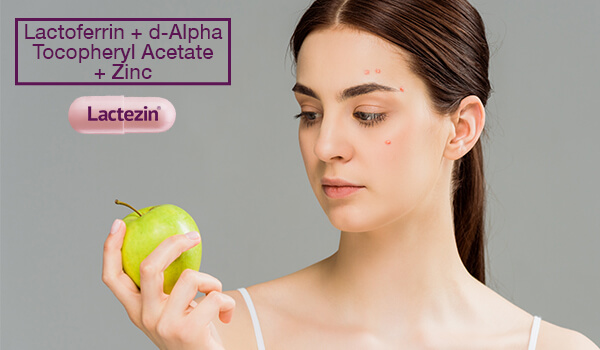 Can You Treat Pimples with an Anti-Acne Diet?

Can you eat your way out of acne? Some studies suggest that there are certain foods that not only nourish your skin, but can also help get rid of pesky acne problems. Read on to learn what these foods are, and how they help treat acne such as pimples.

Do you have questions? We have answers!

Find out more about the science behind Lactezin here.

Know what others say about Lactezin

Thanks for reaching out

Someone will get back to you soon.

Don't let that pimple get in the way!

Sign up for our newsletter and get the latest tips & tricks to manage your acne!

Thanks for signing up!

Be sure to check our mail to get
continuous updates on all skin-care related
concerns and special promos from Lactezin.